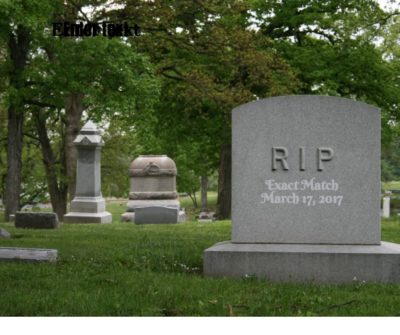 It used to work. It really did. Any phrase placed between those magical brackets on Google AdWords would only trigger an ad if and when that exact string was typed as a search.

In a change that we’re finding a lot of people missed last year, Google changed all that. And our much-loved exact search morphed into nothing more than a kinda-sorta-the-same-almost exact search.

Oh, we knew it was coming. First, back in 2012, AdWords introduced the “close variant” option for exact match. That allowed an ad to trigger even if the searcher used a plural or misspelled the term. They gave us the option of opting out of those extra variations for awhile, but by 2014 that choice went away.

But the worst was yet to come…fast forward to 2017

Digital marketing pro Christoph Hoffinger summed up the feelings of most agencies when he Tweeted:

So why are we talking about this a year later?

Google claimed their AI was so advanced that these changes would make it easier to manage AdWords accounts. They would take care of plurals, cases and misspellings for us. But the experience of advertisers has been far from that idealized portrait. Most we’ve talked with report more clicks for off-topic terms, more time needed micro-managing negative keyword lists, and higher overall costs. And this is with an AI that has in theory had more than a year to learn better.

Even more troubling, we’re finding that most clients and prospects aren’t aware of the changes. They’re still building out campaigns with singular and plural terms, exact match terms in different orders, and even common typos. At the same time, they’re not paying close attention to actual search terms, what keyword phrases are triggering an ad to show, and building out robust negative keyword lists. That means costs rise, without conversions following suit.

What’s an advertiser to do?

The plus side of the changes is that, as Google claimed, you no longer need to worry about building out endless lists of variations on keywords. They will take care of that — and then some. The downside is that you need to get really friendly with your search terms list, and your negative keywords lists. If you haven’t been into either in awhile, set it to show at least a few months’ worth of search terms and see where your money’s been going. Then start adding negative terms to stem the flow of bad clicks.

But even more important than whatever steps you need to take for this now year-old change, there is a lesson to learn. Watch everything Google does that changes the rules for PPC and for SEO…but since they don’t actually publish the rules or issue notifications, subscribe to a newsletter like Search Engine Watch so you keep up with breaking news (“breaking” is often the exact right word!) Pay close attention, because changes large and small happen all the time, and those “updates” matter for your paid and organic results.

If you don’t have the time or bandwidth to do it yourself or in-house, hire an online marketing pro or AdWords agency to be your eyes and ears as these things happen. Because happen they do…and cost you they will. (Channeling my inner Yoda there…sorry!) Just do it.

Article/Tutorial, Paid Search FAQs|Comments Off on The Death Rattle of AdWords Exact Match